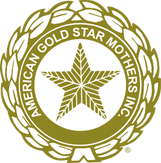 Donna was born July 14, 1932 in Steubenville, OH, daughter of the late Clyde and Freda (McKnight) Stephens.

She was a homemaker who raised her nine children with her husband Jim. In her early years, she worked at the Steubenville Herald Star.

Donna was a member of the Riverview United Methodist Church in Toronto, the Methodist Women of the church, the Weirton Moose and the Toronto Bowling League. She was one the founders of the Toronto Girls Softball League.

One of Donnas most cherished memberships was being a Gold Star Mother, losing her son, Ronald J. Manning HN U.S. Navy, in 1975.

In addition to her son Ronald and her parents, Donna was preceded in death by her husband James H. Manning on Aug. 28, 2018.

Family and friends will be received Monday June 24, 2019 from 4 - 8 pm at the J.E. Foster Funeral Home 701 Findley St. in Toronto. Her Funeral Service will be held on Tuesday at 11 am with additional visitation from 10 – 11 am. Rev. Ed Kovacik will officiate and burial will follow in Toronto Union Cemetery.