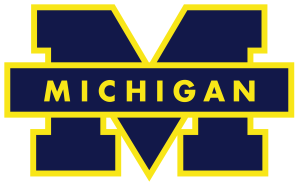 Mike was born March 24, 1976 in Steubenville, son of the late Paul and Carol (Ferrell) Voltz.

He was the 12th grade History teacher at the Jefferson Co. Joint Vocational School. Prior to JVS Mike started teaching at St. Francis Central School in Toronto, OH and Harrison Central in Cadiz, OH. He was a 1994 graduate of Toronto High School and he received his bachelor’s degree from Bethany College.

Mike’s football career started as a kid in Toronto playing for the Titans, then the Toronto Red Knights and then as a Bison at Bethany. After his playing days, he started coaching with Coach Conner at Harrison Central and the two moved on to coach at Indian Creek for the last 12 years. He coached the defensive line. Mike also coached in 3 All-Star games including the PENN OHIO and OVAC games. Mike loved spending time on and off the field with his players and coaches.

Everyone knew Mike was a diehard Michigan Wolverines fan. He loved taking trips with his sons to Ann Arbor. His other love was pizza. Mike knew every pizza shop in the valley, but his favorite was Giannamore’s in Wintersville.

In addition to his parents, Mike was preceded in death by an infant sister, Sherri.

Mike leaves behind his two greatest loves, his sons, Ryan Michael and Zane Matthew both of Toronto; his sisters, Eileen (Tom) Dugan of Steubenville and Lori (Scott) Waggoner of Toronto; his brother, Paul Voltz (Patti VanDyke) of Toronto and the mother of his children, Toni Gray also of Toronto. He also leaves behind many nieces, nephews, great nephews and a great niece, his friends, coworkers, Coach Conner and his Indian Creek Football family.

Family and friends will be received Tuesday, Sept. 24 from 2 – 7 pm at the J.E. Foster Funeral Home in Toronto. Mike’s Funeral Liturgy with Mass will be held Wednesday at 11 am at Blessed Sacrament Catholic Church in Wintersville. There will be additional viewing in the rear of the church from 10 am – 11am. Msgr. Kurt Kemo will celebrate Mass and burial will follow in Toronto Union Cemetery in Toronto.

Memorial donations may be directed to the Indian Creek Football Program.

To send flowers to the family or plant a tree in memory of Michael W. Voltz, please visit our floral store.